No doubt you have heard this quote or some variation of it at one time or another. It can be heard during speeches at a wedding reception and sermons at church. You will find it written in graduation and birthday cards. Chances are, you have shared these words of advice with someone yourself. But do you know who said them?

It wasn’t a poet or some great philosopher who gets credit for being the first to string these three lines together. Was it a preacher or some wise teacher? No! It was none other than Leroy ‘Satchel’ Paige, a professional baseball player, who is credited with this quote. 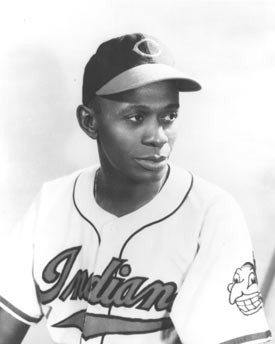 Significance is added these positive words of wisdom when you know a bit about the man who said them. ‘Satchel’ Paige was one of the first African Americans to play in the major leagues after they integrated in 1947. He was one of the greatest pitchers who has ever played the game and today he is the Hall of Fame, but in those days, he was on the front lines of a battle that extended far beyond the baseball diamond.

You can imagine the prejudice that he had to face every time he stepped into the locker room to prepare for a game. He endured the chants from the crowds not only when his was the visiting team but also in his home stadium. He was mocked and belittled by those in the media who disapproved of the integration. Yet in spite of all of this, ‘Satchel’ Paige determined that he was going to love like he had never been hurt! He refused to live his life offended.

Mark Twain said that if you ever find a dog on the side of the road that has been hurt and abandoned and you take that dog home and feed it and care for it, that dog will never bite you. And therein lies the chief difference between a dog and a man.

If you want to end offense, choose love.