Skip to content
the1stfollower Uncategorized April 7, 2010 2 Minutes
This is something I wrote WAY back in February of 2009.  I was reminded of it while reading a post on Jordan Parnell’s Blog.  He is in the middle of a series of posts themed around the concept of Wikipedia.  I highly recommend his blog.  Please take a moment and check it out.  I’m sure you will enjoy it.
Now for what I had to say about Wikipedia and Truth back in 2009. 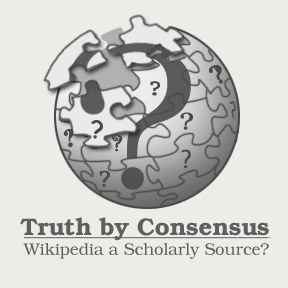 What is Truth? What is Ignorance? Which are we closer to? Clive Thompson, in his article, “Manufacturing Confusion”, in February’s issue of Wired Magazine touches on these questions.

Agnotology is the subject at hand. The word, coined by Stanford’s Robert Proctor, means “the study of culturally constructed ignorance.” In other words, truth is suppressed by cultural ideas, beliefs, practices, ect. According to Thompson’s article Mr. Proctor says, “when society doesn’t know something, it’s often because special interests work hard to create confusion.”

One of the examples argued; evolution. Mr. Thompson implies that the rational and educated person would agree that the question of evolution has been “incontrovertibly answered in the affirmative, proven by settled facts.” However, because many church or religious groups have spent much money defending creationism, the truth of evolution has been suppressed leaving many people ignorant.

“Can we fight off these attempts to foster ignorance?” Thompson asks. He seems to think so. His suggestion, “we need…information tools that are designed to combat agnotological rot.” Enter Wikipedia. Wikipedia can be used to eliminate all the ignorance because truth is reached by consensus. Whatever the majority decides is truth. Truth is swayed by the opinion of man.

Interesting idea Mr. Thompson. But the words of one of history’s most famous judges come back to me. “What is Truth?” Pilate asked the broken and beaten man kneeling before him. What he did not know was the the one he would shortly sentence to horrific death by crucifixion was THE TRUTH.

I have heard many times in my life (thank you Bro. Mooney) “God is God and I am not”. My opinion and your opinion and the opinion of the majority will never have one ounce of effect on Truth. So when it comes to doing a bit of research for this rant, thank you Wikipedia. But when it comes to knowing Truth, no thank you. “For I know whom I have believed.”

I would love to hear your thoughts.  Please leave a comment!

One thought on “The Truth: According to Wikipedia”